RESETTLEMENT OPERATIONS FOR REFUGEES IN UGANDA

As a signatory to the 1951 Refugee Convention, Uganda has been hailed as a model country in terms of accepting and treating refugees humanely.

At a time when anti-foreigner sentiments are on the rise across the world, Uganda has the highest number of refugees (1.5 million today) in Africa, which is also among the highest in the world.   Most refugees in Uganda fled from South Sudan, Democratic Republic of Congo (DRC), Somalia, Burundi and Eritrea, among other countries. 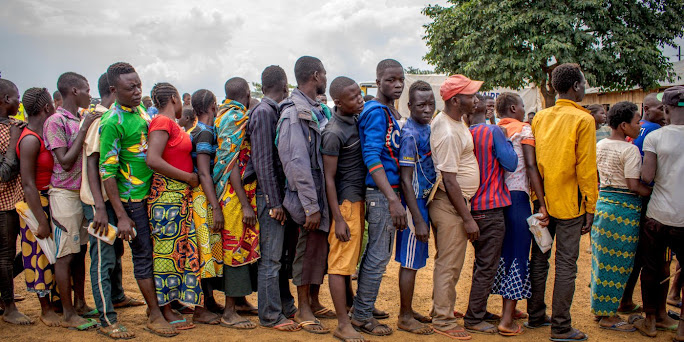 But while many refugees feel at home here as they wait to return home, for others Uganda becomes a transit country, as they look to relocate mostly to the West.

This is where IOM Uganda comes in. We work with sister agency UNHCR, the Office of the Prime Minister, HIAS, the embassies of the refugee-accepting countries, plus a host of other partners on often action-packed and lengthy operations to move refugees to third countries.

Since resettlement was announced as one of the long-term solutions to the large caseload of Congolese refugees in Uganda in 2010, IOM has moved about  25,000 to the United States, Canada, Australia Sweden, Norway, the Netherlands, Ireland and other countries.

Most of the relocated refugees have come from settlements such as Nakivale in Isingiro district, Kyangwali in Hoima and Kyaka II in Kyegegwa.

IOM provides refugees accepted for resettlement to Australia, Canada and Norway 3-5 day of pre-departure cultural orientation, aimed at addressing their needs and those of host communities. IOM provides assistance in organizing cultural orientation sessions for refugees accepted for resettlement to the Netherlands, Sweden and the USA. These programmes are run by the Dutch Central Agency for Asylum Seekers COA, Swedish Migration Board, and Church World Service (based in Nairobi). IOM supports the implementing agencies in all logistical and administrative arrangements. 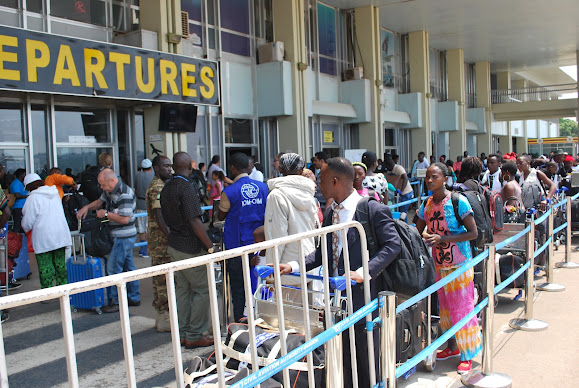 IOM staff arrange the pre-departure logistics and exit formalities for refugees accepted for resettlement. These include providing transport, venues, board and lodging  for refugees due for medical screening and cultural orientation; assisting refugees to obtain exit permits; collecting and verifying travel documents and visas; booking domestic and international flights; and pre-departure, departure and arrival notifications. IOM also arranges travel from settlements to Kampala ahead of departure from Uganda. Finally, IOM transports the refugees to Entebbe airport on the day of departure, where IOM staff help the refugees to check in and accompany them until they board the planes.

In some cases, IOM Operations and/or Medical staff may escort particular refugees until they hand them over to IOM staff in the receiving country.

By Brainy January 21, 2022
STORY CREATED BY BRAINY SWAIBU ON 21st January,2022.  Before the year 2021, over 1.5 million refugees would be served with food rations in Uganda. Food being offloaded from the truck to be stacked in the rub hall (warehouse).   The wait in line During the day of food distribution, people waited in zigzag queues, murmuring about the yet-to-be served rice or corn, and the relief of receiving their next rations.  Mutimukeye Butoto, 34, a refugee from the Democratic Republic of Congo (DRC) is among  the refugees in the 11:00 a.m. sun. She stands with her son, waiting to be called on by the ushers. Most parents bring their children to help them carry the food.  Once everything is set, the ushers are ready, the WFP verification desk is ready, the distribution assistants and porters are in place, the refugees  are ushered in in groups of 20-30. After about 100 people, it would be Mutimukeye's turn. She would join the line after washing her hands at the handwashing point (a precaution
Post a Comment
Read more

Unconditional cash grants given by LWF where one of Spectrum's team member Bruno Tumusiime works, bring joy to refugees with special needs. A visit by Brainy Swaibu

By Brainy January 20, 2022
Woman "Anny" with some of her fermented porridge bottles are people with special needs(PSNs) -single mother and the amputee in the photo above who receive cash assistance in Kyangwali refugee settlement.    Digging, fetching water and firewood are routine household chores in most African settings. For Anny, a 25-year-old Congolese refugee, they were her only source of income. With no other means, the single mother had to traverse the forests in the night’s wee hours to make ends meet. Anny crossed Lake Albert, the natural boundary between the Democratic Republic of Congo (DRC) and Uganda, into Western Uganda in March 2018 with her four children. Settled in the Kyangwali refugee settlement, she could hardly feed her children two meals a day with the meagre food rations. The children, in return, resorted to stealing food from the neighbors and risked mob justice if the owners caught them. “I decided to start fetching and selling water and firewood to other people in the settl
1 comment
Read more